There are many natural lakes in Texas. The largest designated natural lake touching the border of Texas is Sabine Lake. Updated 1 year ago 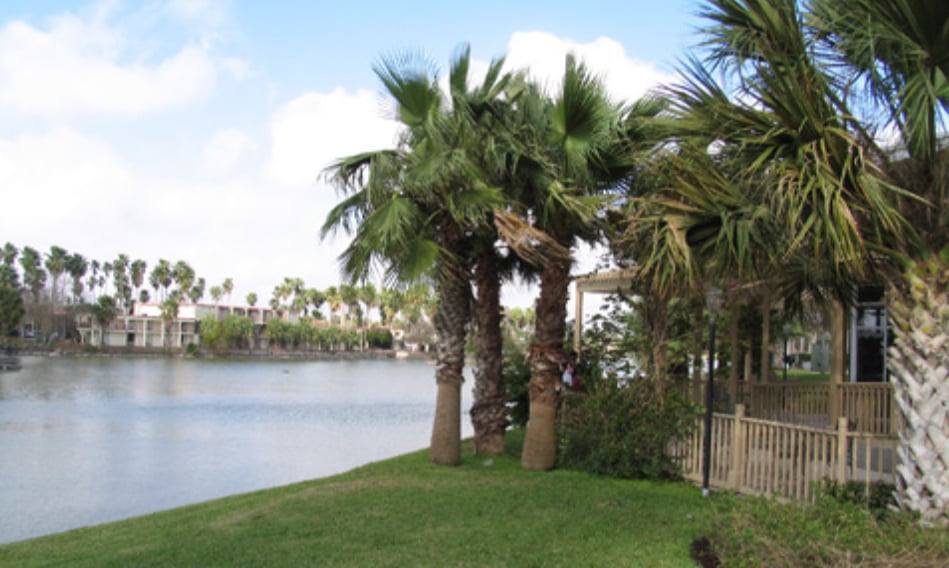 There are many natural lakes in Texas, though none is of great size. The largest designated natural lake touching the border of Texas is Sabine Lake, into which the Sabine and Neches rivers discharge. It is more properly a bay of the Gulf of Mexico. Also near the coast, in Calhoun County, is Green Lake, which at about 10,000 acres is one of the state’s largest natural freshwater lakes.

Caddo Lake, on the Texas-Louisiana border, was a natural lake originally, but its present capacity and surface area are largely due to dams built to raise the surface of the original body of water. Natural Dam Lake, in Howard County, has a similar history.

In East Texas, there are many small natural lakes formed by “horse-shoe” bends that have been eliminated from the main channel of a river. There are also a number of these “horse-shoe” lakes along the Rio Grande in the lower valley, where they are called resacas.

On the South Plains and west of San Angelo are lakes or "playas," such as Big Lake in Reagan County, that are usually dry.