Revolution and the Republic 3

Sam Houston was easily the most dominant figure throughout the nearly 10-year history of the Republic of Texas. Updated 10 months ago 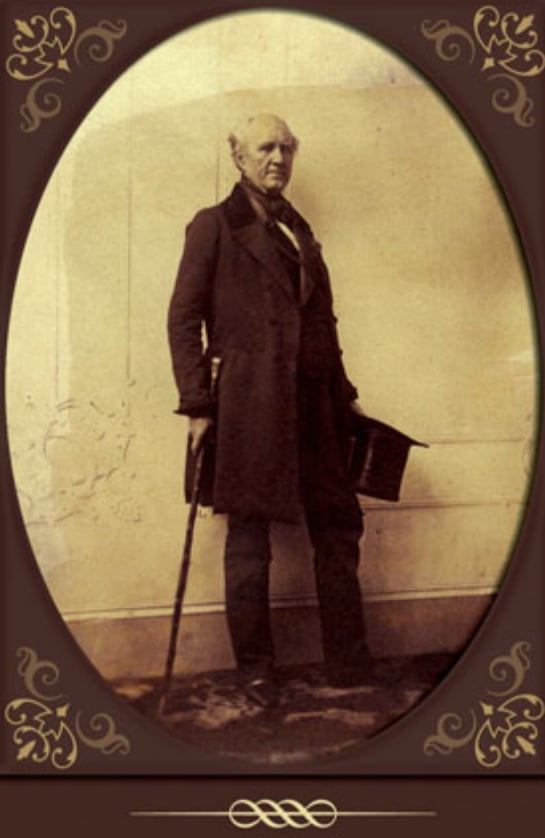 Sam Houston, the dominant figure of the Republic.

Sam Houston was easily the most dominant figure throughout the nearly 10-year history of the Republic of Texas. While he was roundly criticized for the retreat across Texas during the revolution, the victory at San Jacinto endeared him to most of the new nations inhabitants.

Houston handily defeated Henry Smith and Stephen F. Austin in the election called in September 1836 by the interim government, and he was inaugurated as president on Oct. 22.

In the same September election, voters overwhelmingly approved a proposal to request annexation to the United States.

The first cabinet appointed by the new president represented an attempt to heal old political wounds. Austin was named secretary of state and Smith was secretary of the treasury. But Texas suffered a major tragedy in late December 1836 when Austin, the acknowledged Father of Texas, died of pneumonia.

A host of problems faced the new government. Santa Anna was still in custody, and public opinion favored his execution. Texas leadership wisely kept Santa Anna alive, first to keep from giving the Mexicans an emotional rallying point for launching another invasion. Second, the Texas leaders hoped that the dictator would keep his promise to work for recognition of Texas.

Santa Anna was released in November 1836 and made his way to Washington, D.C. Houston hoped the dictator could persuade U.S. President Andrew Jackson to recognize Texas. Jackson refused to see Santa Anna, who returned to Mexico, where he had fallen from power.

Another major challenge was the Texas army. The new commander, Felix Huston, favored an invasion of Mexico, and the troops, made up now mostly of American volunteers who came to Texas after the battle of San Jacinto, were rebellious and ready to fight.

President Houston tried to replace Felix Huston with Albert Sidney Johnston, but Huston seriously wounded Johnston in a duel. In May 1837, Huston was asked to the capital in Columbia to discuss the invasion. While Huston was away from the troops, Houston sent Thomas J. Rusk, the secretary of war, to furlough the army without pay — but with generous land grants. Only 600 men were retained in the army.

The Republic's other problems were less tractable. The economy needed attention, Indians still were a threat, Mexico remained warlike, foreign relations had to be developed, and relations with the United States had to be solidified.

The greatest disappointment in Houston's first term was the failure to have the Republic annexed to the United States. Henry Morfit, President Jacksons agent, toured the new Republic in the summer of 1836. Although impressed, Morfit reported that Texas best chance at continued independence lay in the stupidity of the rulers of Mexico and the financial embarrassment of the Mexican government. He recommended that annexation be delayed.

Houston's foreign policy achieved initial success when J. Pinckney Henderson negotiated a trade treaty with Great Britain. Although the agreement was short of outright diplomatic recognition, it was progress. In the next few years, France, Belgium, The Netherlands and some German states recognized the new Republic.

Under the constitution, Houston's first term lasted only two years, and he could not succeed himself. His successor, Mirabeau B. Lamar, had grand visions and was a spendthrift. Houston's first term cost Texas only about $500,000, while President Lamar and the Congress spent $5 million in the next three years.

Early in 1839, Lamar gained recognition as the Father of Education in Texas when the Congress granted each of the existing 23 counties three leagues of land to be used for education. Fifty leagues of land were set aside for a university.

Despite the lip service paid to education, the government did not have the money for several years to set up a school system. Most education during the Republic was provided by private schools and churches.

Lamar's Indian policies differed greatly from those under Houston. Houston had lived with Cherokees as a youth, was adopted as a member of a tribe and advocated Indian rights long before coming to Texas. Lamar reflected more the frontier attitude toward American Indians. His first experience in public life was as secretary to Gov. George Troup of Georgia, who successfully opposed the federal governments policy of assimilation of Indians at the time. Indians were simply removed from Georgia.

Texans first tried to negotiate the Cherokees removal from the region, but in July 1839, the Indians were forcibly ejected from Texas at the Battle of the Neches River in Van Zandt County. Houston's close friend, the aging Cherokee chief Philip Bowles, was killed in the battle while Houston was visiting former President Andrew Jackson in Tennessee. The Cherokees moved on to Arkansas and Indian Territory.

Houston was returned to the presidency of the Republic in 1841. His second administration was even more frugal than his first; soon income almost matched expenditures.

Houston re-entered negotiations with the Indians in Central Texas in an attempt to quell the raids on settlements. A number of trading posts were opened along the frontier to pacify the Indians.

War fever reached a high pitch in Texas in 1842, and Houston grew increasingly unpopular because he would not launch an offensive war against Mexico.

A force of 3,500 Texas volunteers gathered at San Antonio demanding that Mexico be punished. Houston urged calm, but the clamor increased when Mexican Gen. Adrian Woll captured San Antonio in September. He raised the Mexican flag and declared the reconquest of Texas.

Ranger Capt. Jack Hays was camped nearby. Within days 600 volunteers had joined him, eager to drive the Mexican invaders from Texas soil. Gen. Woll withdrew after the Battle of Salado.

Alexander Somervell was ordered by Houston to follow with 700 troops and harass the Mexican army. He reached Laredo in December and found no Mexican troops. Somervell crossed the Rio Grande to find military targets. A few days later, the commander returned home, but 300 soldiers decided to continue the raid under the command of William S. Fisher. On Christmas day, this group attacked the village of Mier, only to be defeated by a Mexican force that outnumbered them 10-to-1.

After attempting mass escape, the survivors of the Mier expedition were marched to Mexico City where Santa Anna, again in political power, ordered their execution. When officers refused to carry out the order, it was amended to require execution of one of every 10 Texans. The prisoners drew beans to determine who would be shot; bearers of black beans were executed. Texans again were outraged by the treatment of prisoners, but the war fever soon subsided.

As Houston completed his second term, the United States was becoming more interested in annexation. Texas had seriously flirted with Great Britain and France, and the Americans did not want a rival republic with close foreign ties on the North American continent. Houston orchestrated the early stages of the final steps toward annexation. It was left to his successor, Anson Jones, to complete the process.

The Republic of Texas main claim to fame is simply endurance. Its settlers, unlike other Americans who had military help, had cleared a large region of Indians by themselves, had established farms and communities and had persevered through extreme economic hardship.

Adroit political leadership had gained the Republic recognition from many foreign countries. Although dreams of empire may have dimmed, Texans had established an identity on a major portion of the North American continent. The frontier had been pushed to a line running from Corpus Christi through San Antonio and Austin to the Red River.

The U.S. presidential campaign of 1844 was to make Texas a part of the Union.