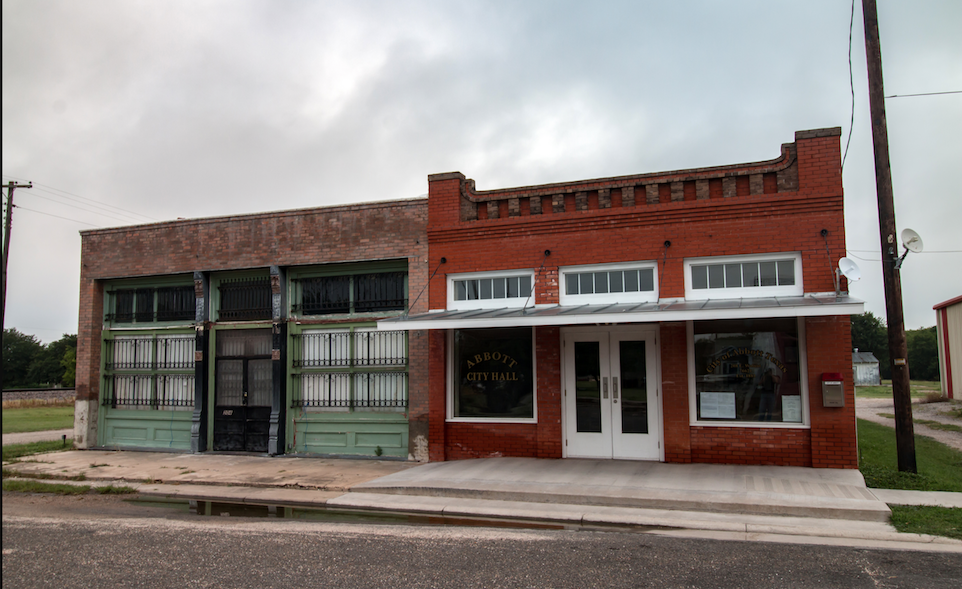 Abbott is a half mile east of Interstate Highway 35 and ten miles south of Hillsboro in south central Hill County. It was founded as a railroad town on the Missouri, Kansas and Texas line in 1881 and named for Jo Abbott. An Abbott post office was established in 1882 and served the town until 1928. The United Methodist church was organized in 1883 by Rev. G. W. Swofford, pastor of the Hillsboro Circuit. A sanctuary was built in 1884 and a parsonage in 1885 on land that W. W. Treadwell donated. In the 1890s cotton was a major crop in the area around Abbott. During that decade two cotton gins, a gristmill, and more than fifteen other businesses were in operation in the community. Early establishments included general stores, doctors' offices, a drugstore, barbershops, two hotels, two blacksmith shops, a photographer's studio, a newspaper, and a bank. The town had three churches.

Abbott at a Glance

Abbott is part of or belongs to the following places.

Adoption Status: ⭐
This place has been adopted and will not be available until October 24, 2023
Adopted by:
The Gayle Family
Dedication Message:
In Honor of all who have gone before us

Abbott is classified as a Town

Photos of Abbott and surrounding areas

Abbott by the Numbers