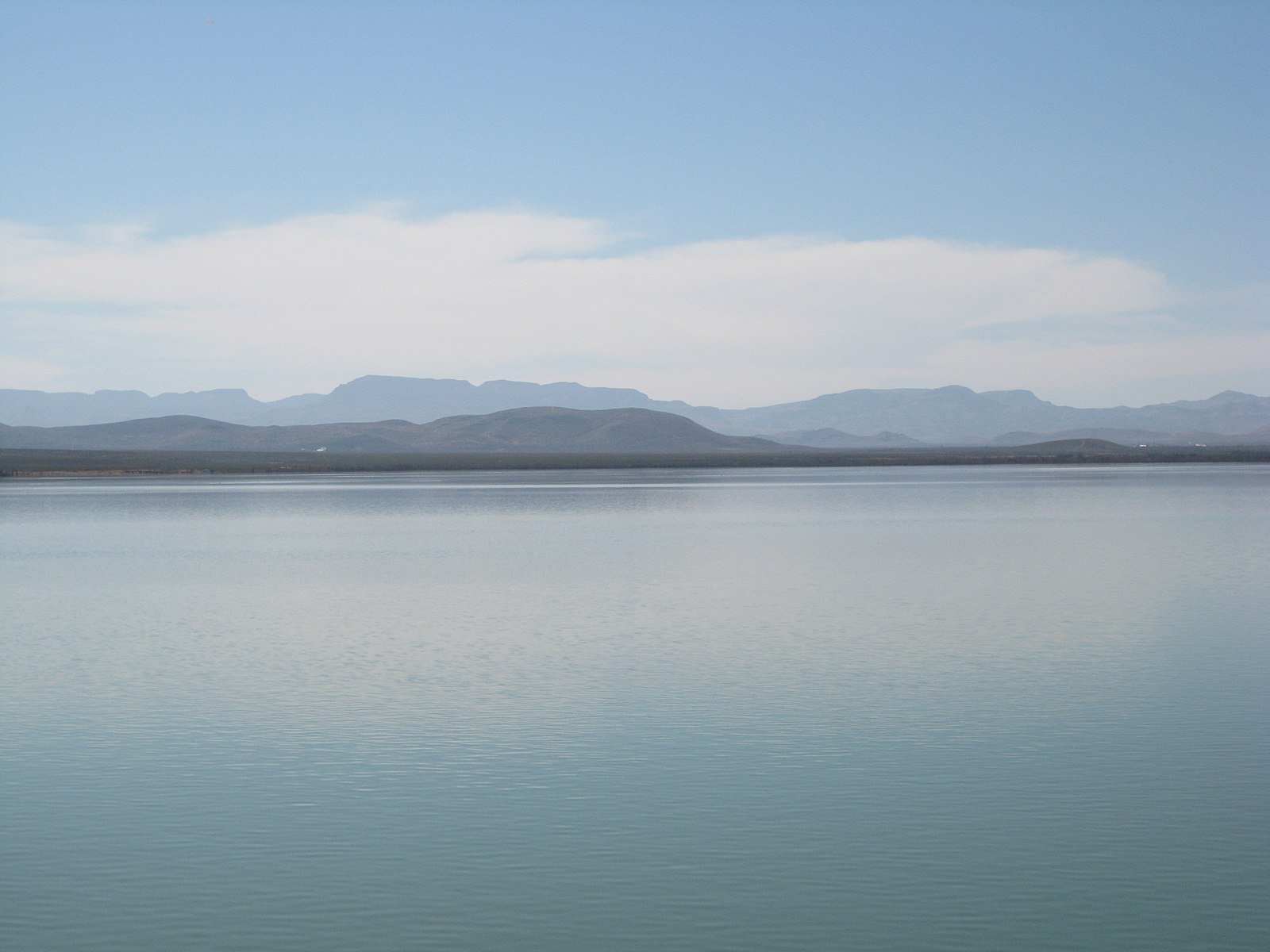 The still waters of Balmorhea Lake

Balmorhea Lake, an irrigation tank also called Lower Parks Reservoir, is located three miles southeast of Balmorhea in southern Reeves County (at 30°58' N, 103°44' W). The surrounding steep to gentle slopes are generally surfaced by reddish-brown to brown sands, clay loams, and clays that support scrub brush and sparse grasses. The lake was built near the prolific San Solomon Springs, which had a reported flow of twenty-two million gallons daily. In 1583 the entrada of Antonio de Espejo stopped at the spring when Jumano Indians guided the Spaniards up the Toyah valley. Dr. John S. Ford passed through the Toyah valley in 1849 and noted productive land along its banks. Madera Valley, near the reservoir, was farmed by prehistoric Indians and Hispanic settlers. After Fort Davis was reoccupied by the army at the end of the Civil War, a lucrative market opened for the grains, vegetables, and cattle of these farmers, who irrigated their fields from San Solomon Springs. In 1909 the Toyah Valley Irrigation Company was organized to supervise water use of the area. By 1915 Reeves County Water Improvement District No. 1 had acquired the water rights and built Balmorhea Lake and Dam. Construction began on the earthfill dam in 1916 and was completed in 1917. The lake surface covers 573 acres, and its capacity is 6,350 acre-feet of water. Sandia Creek feeds into the reservoir from the northeast, and Kountz Draw empties into it from the south. Runoff from Toyah Creek comes into Balmorhea Lake from Madera Diversion Dam and its canals. Surplus water from Phantom Lake Canal, which is supplied by several springs, is stored in Balmorhea Lake until it is needed for irrigation.

Balmorhea Lake at a Glance

Balmorhea Lake is part of or belongs to the following places.

Balmorhea Lake is classified as a Lake

The still waters of Balmorhea Lake