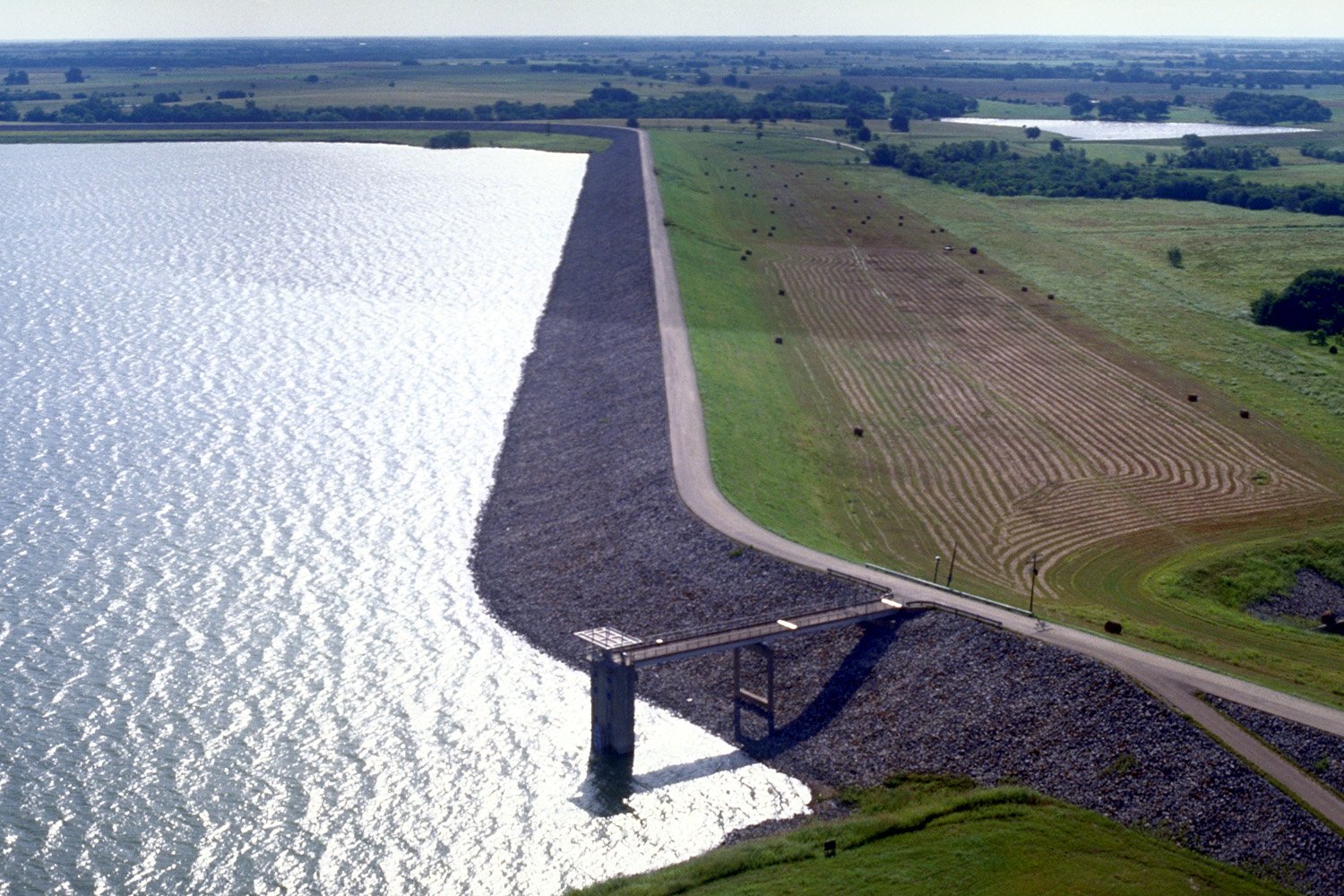 Bardwell Dam was completed in 1965

Bardwell Reservoir, also known as Bardwell Lake, is located in the Trinity River basin between Bardwell and Ennis in south central Ellis County (at 32°15' N, 96°37' W), a mile south of U.S. Highway 287. The dam on Waxahachie Creek was authorized by the Flood Control Act of 1960 and constructed between 1963 and 1965 by the United States Army Corps of Engineers, Fort Worth District. The reservoir is owned by the United States government and operated by the Trinity River Authority. Bardwell Reservoir has a total capacity of 140,000 acre-feet at the top of flood-control storage, including 53,550 acre-feet of conservation storage, 1,320 acre-feet of dead storage, and 85,130 acre-feet allocated to flood control. The top of conservation storage is at an elevation of 421 feet above mean sea level, where the surface area is 3,570 acres. The drainage area above the dam is 176 square miles. Water from Bardwell Reservoir supplies Waxahachie, Ennis, and other surrounding communities.

Bardwell Lake at a Glance

Bardwell Lake is part of or belongs to the following places.

Bardwell Lake is classified as a Lake

Bardwell Dam was completed in 1965