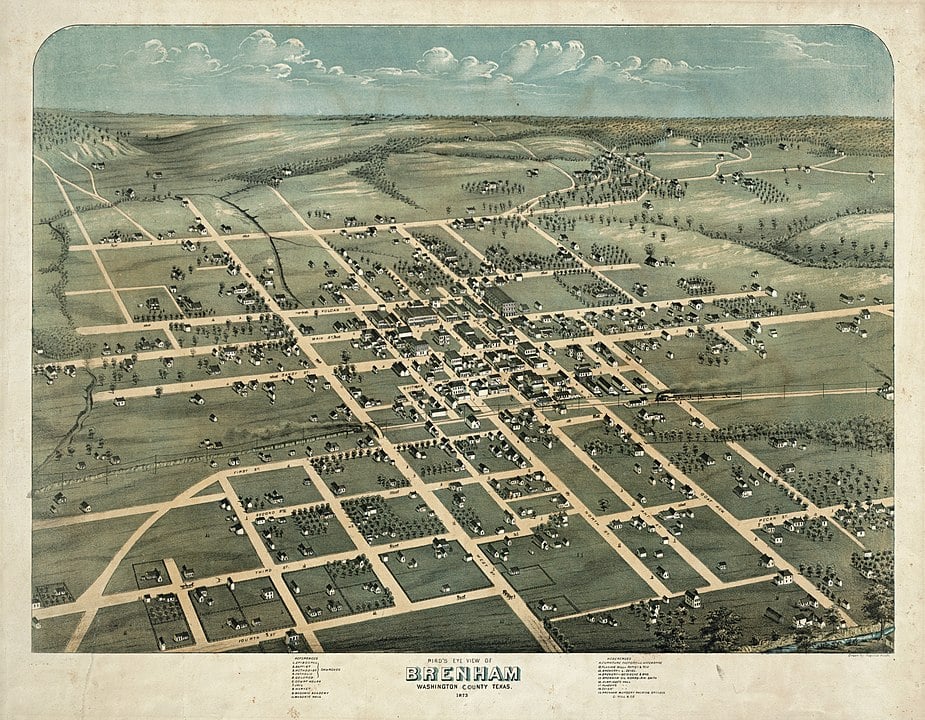 Brenham, the county seat of Washington County, is on U.S. Highway 290 seventy-two miles northwest of Houston. The Hickory Grove community changed its name in 1843 to Brenham in honor of Republic of Texas hero Dr. Richard Fox Brenham, who had practiced medicine in the vicinity. In February 1844 Brenham became the county seat through the electoral efforts of Jabez D. Giddings and Jesse Farral's and James Hurt's offer of 100 acres as a townsite. A post office was established in 1846. In 1858 the new county seat, a rapidly growing supply center for a prosperous agricultural area, was incorporated. With the construction of the Washington County Railroad in 1860, Brenham, the rail terminus, served as a distribution point for the state's interior until 1871, when the Houston and Texas Central was extended to Austin.

Brenham at a Glance

Brenham is part of or belongs to the following places.

Brenham is classified as a Town

Photos of Brenham and surrounding areas

Brenham by the Numbers