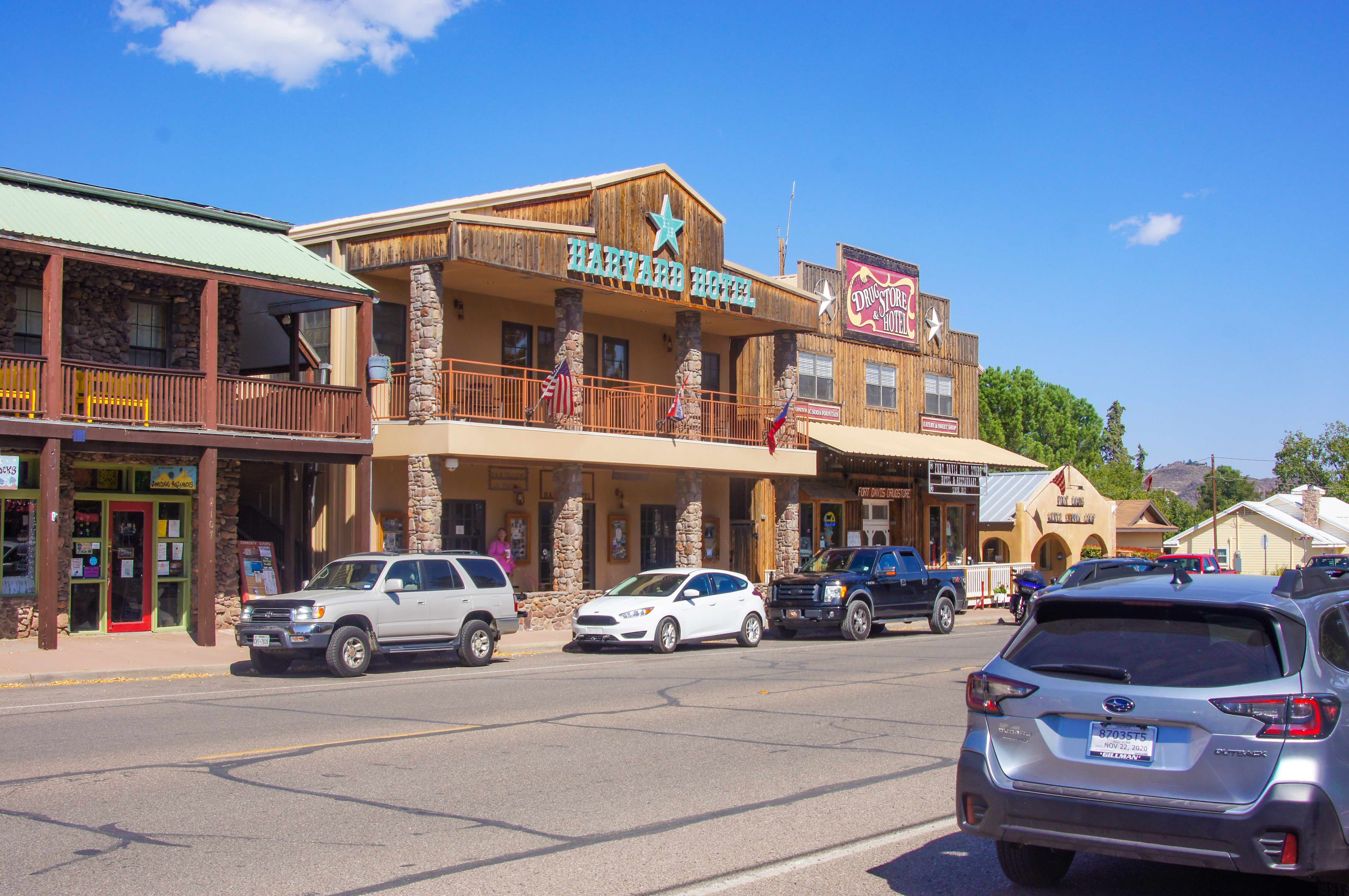 The Harvard Hotel in Fort Davis. Photo by Rosie Hatch.

Fort Davis, the county seat of Jeff Davis County, is on Limpia Creek at the intersection of State highways 17 and 118, eighty miles northeast of Presidio and 175 miles southeast of El Paso in south central Jeff Davis County. The precursor of the town was a rough-and-tumble settlement known as Chihuahua, which formed just southwest of the military post of Fort Davis after it was established in 1854. The fort was on the site of an earlier Indian village, which the earliest Anglo-American explorers of the area called Painted Comanche Camp. When Henry Skillman contracted to carry the mail from San Antonio to El Paso in 1850, a stage stand was established near the site of the future town. E. P. Webster, a native of Illinois, and Diedrick Dutchover, a Belgian immigrant who had fought in the Mexican War, rode with W. A. (Big Foot) Wallace to escort the first mail coach to the site, by way of Fort Concho. Webster remained in Limpia Canyon as the first master of the stage station there and may have been the first White settler in the area. Dutchover rode as a guard for two more years before settling at Fort Davis. During the Civil War, when Confederate troops withdrew from the fort, they left Dutchover, who had maintained strict neutrality while establishing a small sheep ranch near the post, in charge. Almost immediately the Apache chief Nicolás attacked the settlement. Dutchover, a Mexican woman with two children, and four Americans hid on the roof for three days while the Apaches looted the fort. On the third night Dutchover and all the others, except one of the Americans, who had fallen ill, slipped out and began the long trek to Presidio, eighty miles away. One day later the stage arrived to find a ravaged fort and the American dead on the roof, apparently of natural causes. Dutchover and the others staggered into Presidio four days later. The Belgian later returned to Fort Davis and was employed as a hauling contractor.

Fort Davis at a Glance

Fort Davis is part of or belongs to the following places.

Adoption Status: ⭐
This place has been adopted and will not be available until August 27, 2023
Adopted by:
Dr. Billy Ingram
Dedication Message:
¡La pequeña ciudad más hermosa de Texas!

Fort Davis is classified as a Town

The Harvard Hotel in Fort Davis. Photo by Rosie Hatch.

Fort Davis by the Numbers