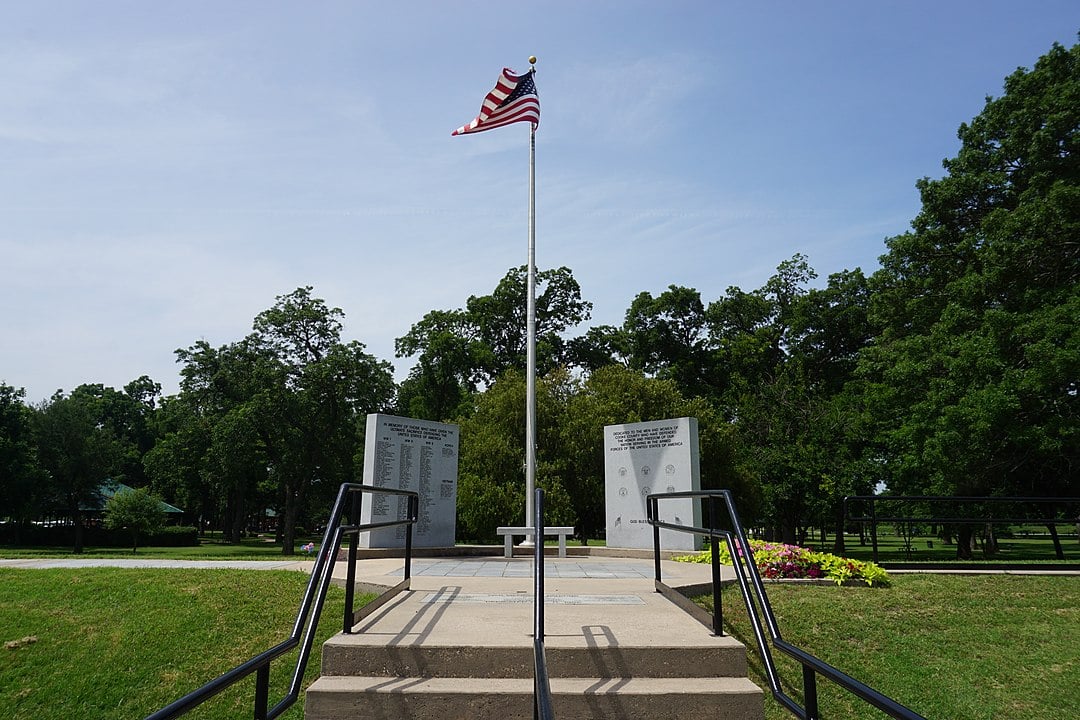 Gainesville, county seat of Cooke County, is in the county's approximate geographic center, on Interstate Highway 35 about sixty-seven miles north of Dallas. In the 1840s the first settlers arrived in the area, attracted by the promises of the newly created Peters colony, which offered 640 acres to each head of family and 320 to each single man, plus land for a church in each settlement. In 1850 Gainesville was established on a 40-acre tract donated by Mary E. Clark. At the suggestion of Col. William F. Fitzhugh, commander of a stockade 3½ miles southeast, the town was named in honor of Gen. Edmund Pendleton Gaines. Gaines, a United States general under whom Fitzhugh had served, had been sympathetic with the Texas Revolution. Gainesville originally consisted of three families who lived in log houses near the banks of Elm Creek. Although Gainesville was made a stop on the Butterfield Overland Mail route in 1858, Indian attacks retarded the community's growth in its first decade. During the Civil War a controversial trial and hanging of suspected Union loyalists brought the new town to the attention of the state (see GREAT HANGING AT GAINESVILLE).

Gainesville at a Glance

Gainesville is part of or belongs to the following places.

Gainesville is classified as a Town

Photos of Gainesville and surrounding areas

Gainesville by the Numbers