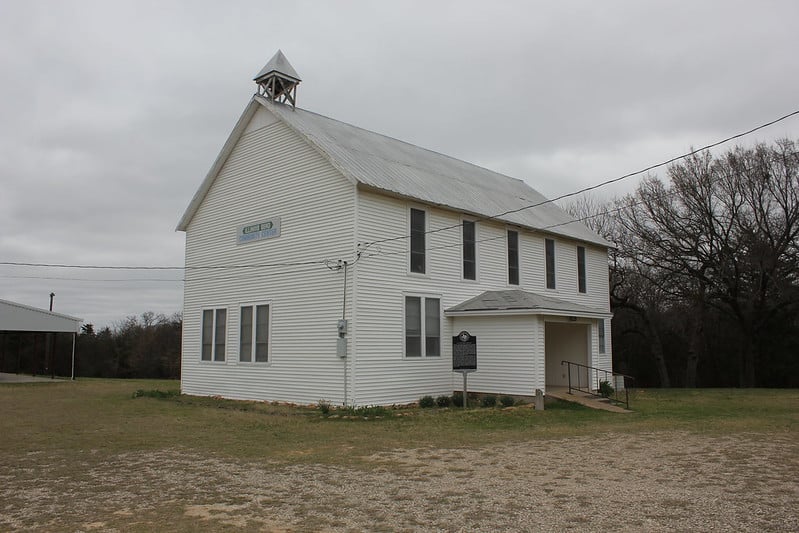 An old schoolhouse in Illinois Bend

Illinois Bend was on Farm Road 677 twenty miles northeast of Montague in the extreme northeastern corner of Montague County. The community, which initially was called Wardville, after local landowner C. M. Ward, was settled in 1862 by a small group of families who moved to Texas from Illinois. The name was changed to Illinois Bend in 1877, when a post office was located there. In 1885 the settlement had a population of 300, two gristmills, a number of cotton gins, a school, and several churches. By 1910 the town had been bypassed by rail lines, and its population had fallen to 112. The population was sixty-eight by the late 1940s, when one business operated there. The community's post office closed sometime after 1930. By the late 1960s only fifty-one persons lived in Illinois Bend. In 2000 the population had fallen to thirty.

Illinois Bend at a Glance

Illinois Bend is part of or belongs to the following places.

Illinois Bend is classified as a Town

An old schoolhouse in Illinois Bend

Illinois Bend by the Numbers