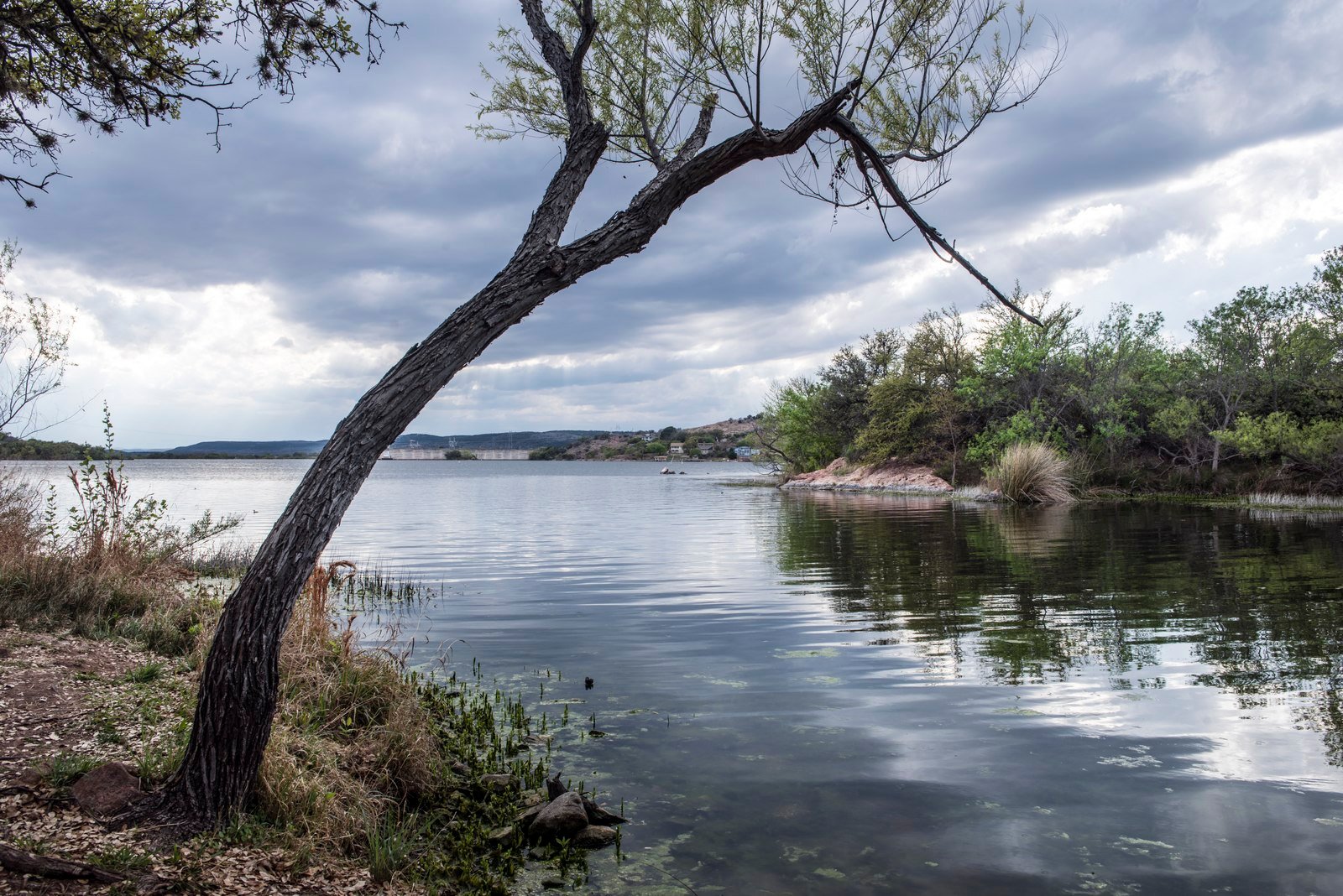 Inks Lake is in the Texas Hill Country

Photo by Carol M. Highsmith for the Library of Congress, Public Domain

Inks Lake is on the Colorado River four miles below Buchanan Dam and ten miles west of Burnet in Burnet and Llano counties (at 30°44' N, 98°23' W). The project is owned and operated by the Lower Colorado River Authority as one of a series of six dams and reservoirs on the Colorado River. Construction on the Roy Inks Dam, a concrete gravity structure, was begun in 1936 and completed in 1938. Inks Lake has a capacity of 17,540 acre-feet and a surface area of 830 acres at a spillway crest elevation of 888.5 feet above mean sea level. This lake is considered a constant-level one because the normal turbine discharge is coordinated with the inflow from Lake Buchanan so that normal fluctuation is small. However, during periods of floods the lake level varies considerably. The power plant contains one 12,500-kilowatt generating unit with all auxiliary equipment. It is operated by remote control from the Buchanan Plant, and the output is coordinated with the discharge from that plant. The drainage area is 31,290 square miles, of which 11,900 square miles is probably noncontributing. Some residential development has occurred along the lake shore, but a considerable portion of the Burnet County side of the lake is occupied by Inks Lake State Park.

Inks Lake at a Glance

Inks Lake is part of or belongs to the following places.

Inks Lake is classified as a Lake

Inks Lake is in the Texas Hill Country

Photo by Carol M. Highsmith for the Library of Congress, Public Domain