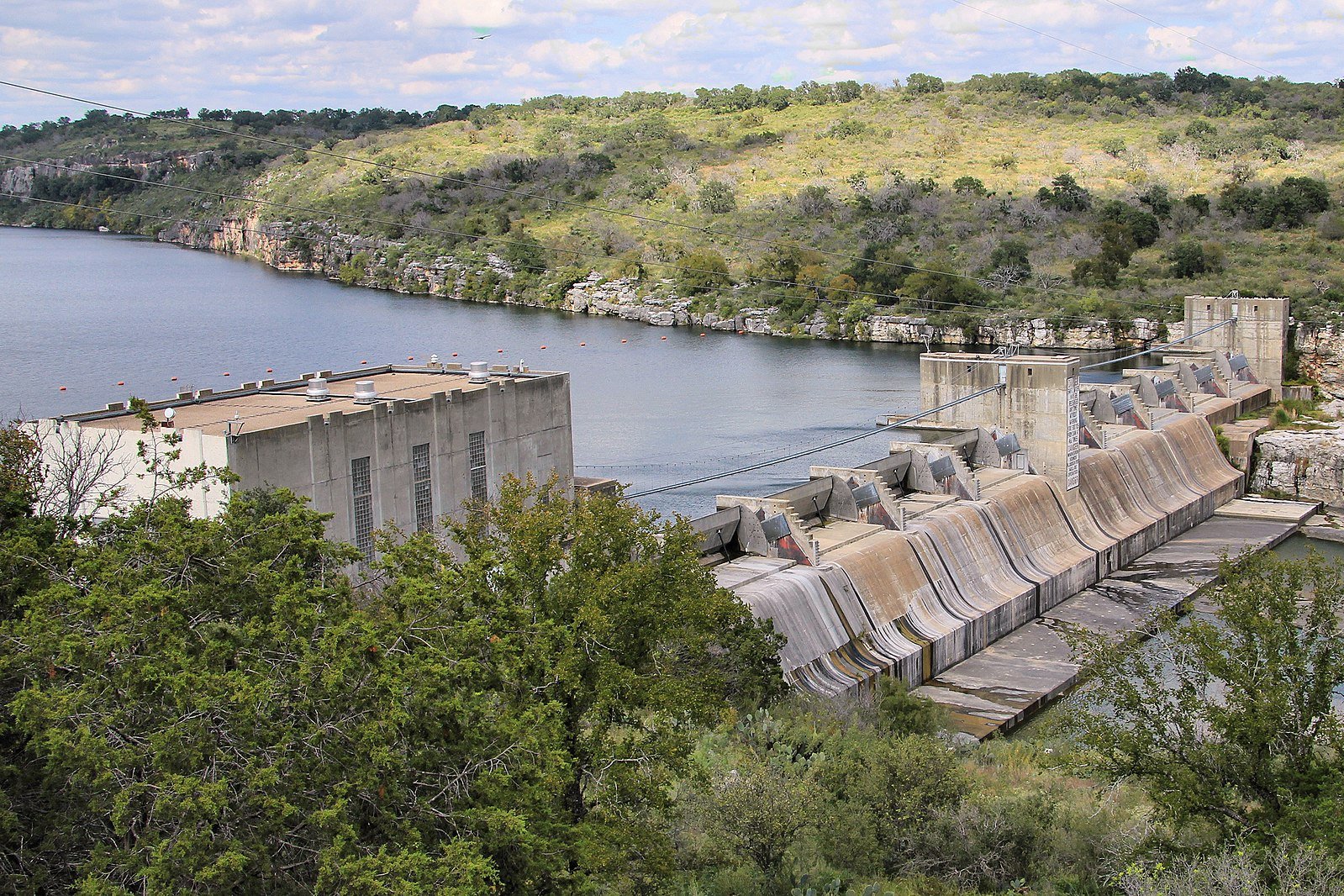 Max Starcke Dam was completed in 1951

Lake Marble Falls is a reservoir on the Colorado River in Burnet County near the city of Marble Falls and just above Lake Travis; it is formed by the Max Starcke Dam (at 30°33' N, 98°15' W). The project is owned and operated by the Lower Colorado River Authority primarily to generate hydroelectric power; it is one of six such Lower Colorado River Authority projects on the Colorado River. The dam, a concrete gravity structure with roof-weir gates, was constructed between November 1949 and October 1951; deliberate impoundment of water began in July 1951. The lake is operated at a nearly constant level, as the turbine discharge is matched with the inflow from the Lake Lyndon B. Johnson plant. Except during floods, the only water released from Lake Marble Falls to Lake Travis immediately downstream is through the turbines for power generation. Lake Marble Falls has a capacity of 8,760 acre-feet and a surface area of 780 acres at an elevation of 738 feet above mean sea level, which is the normal operating level at the top of the gates. The drainage area is 36,325 square miles, of which 11,900 square miles are noncontributing. The river flow is regulated by upstream reservoirs and power plant operation. The power plant at the dam contains two 16,000-kilowatt generating units with auxiliary equipment for connecting to the transmission system. Considerable residential and recreational development has occurred along the lakeshore. The falls for which Marble Falls was named were submerged by the lake.

Lake Marble Falls at a Glance

Lake Marble Falls is part of or belongs to the following places.

Lake Marble Falls is classified as a Lake

Max Starcke Dam was completed in 1951