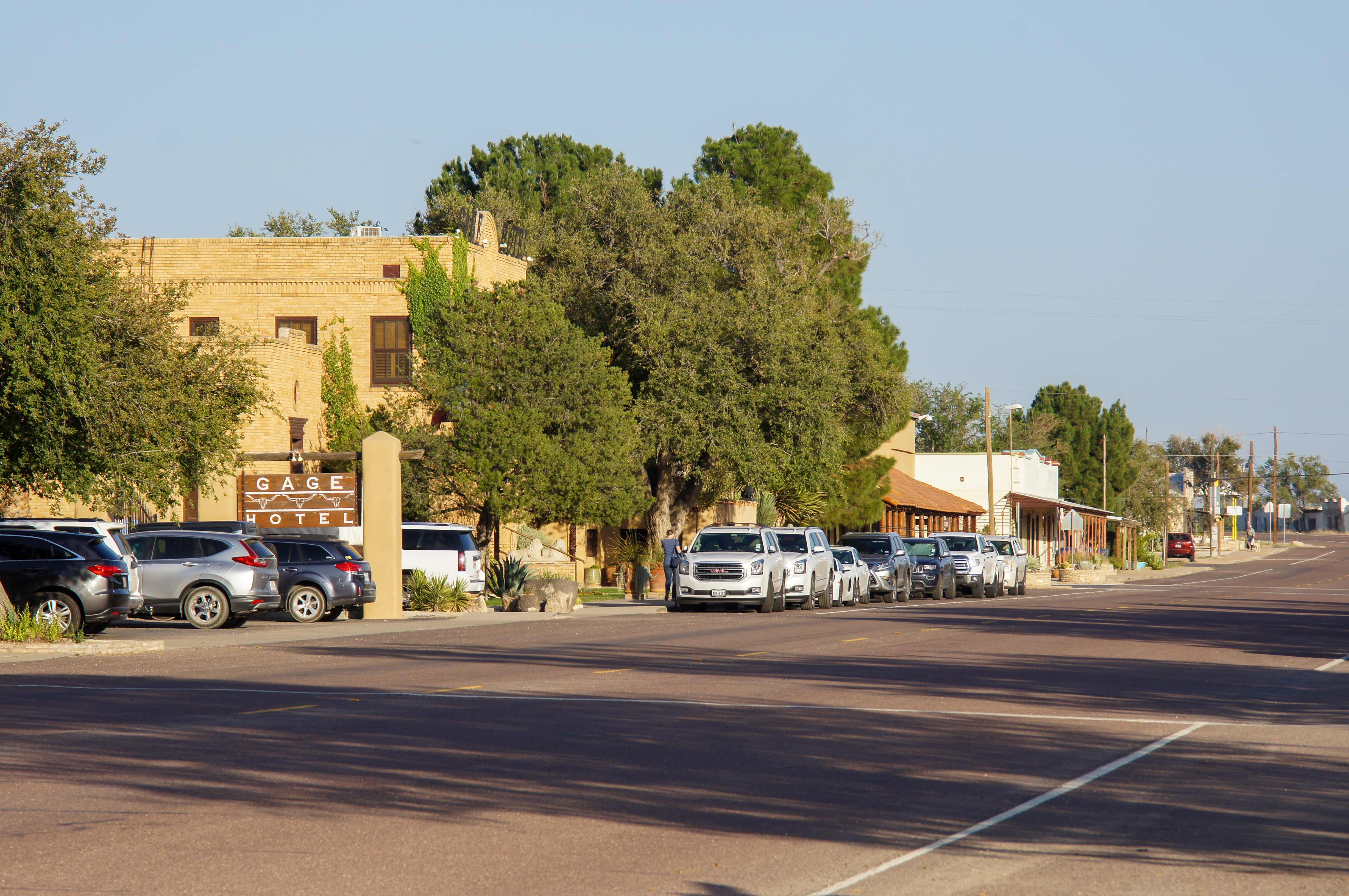 The Gage Hotel in Marathon. Photo by Rosie Hatch

Marathon, the second-largest town in Brewster County, is located on the Southern Pacific Railroad at the intersection of U.S. highways 90 and 385, twenty-six miles southeast of Alpine in the northern part of the county. The town was founded when the Galveston, Harrisburg and San Antonio Railway built across what was then part of Presidio County. A crew building east from El Paso reached the townsite in March 1882. At that time the area had already attracted a few settlers. Among the first were two brothers from San Antonio, Solomon and Mayer Halff, who established the headquarters of their Circle Dot Ranch near Peña Colorado Springs, four miles southwest of the townsite. In 1879 the Halffs leased part of their land to the federal government for the establishment of Camp Peña Colorado, which became the local center of population before the railroad. Capt. Albion E. Shepard, a former sea captain who had worked as a surveyor for the railroad, bought land in the area on March 10, 1882, and established the Iron Mountain Ranch, north of the site of future Marathon. When he applied for a post office in September 1882, he estimated that the local population was about 130 and "increasing rapidly." A post office was established there on February 13, 1883. Shepard named the site Marathon because its terrain reminded him of the plains of Marathon, Greece.

Marathon at a Glance

Marathon is part of or belongs to the following places.

Marathon is classified as a Town

Photos of Marathon and surrounding areas

The Gage Hotel in Marathon. Photo by Rosie Hatch

Marathon by the Numbers