Midland, the county seat of Midland County, is on Interstate Highway 20, U.S. Highway 80, State highways 158, 191, 349, the Missouri Pacific Railroad, and numerous county and local roads, twenty miles northeast of Odessa and thirty-nine miles southwest of Big Spring in the north central part of the county at 32°00' north latitude and 102°10' west latitude. The elevation is 2,779 feet. Midland Draw runs through the northern section of the city limits. In late June 1881 the Texas and Pacific Railway, which was building its line between Dallas and El Paso, established Midway Station, a section house, halfway between those two cities. The first permanent resident was Herman N. Garrett, who moved to Midway from California with a herd of sheep in 1882. Over the next two years a number of other ranchers moved into the area, and a post office was granted on January 4, 1884, when the area was still attached to Tom Green County. Because other towns in Texas were already named Midway, the site was renamed Midland to get the post office. In early 1884 an Ohio real estate firm bought land at the site, established the Midland Town Company, and began to promote the settlement across the Midwest. The company drilled three water wells and held a successful land auction; by early 1885 there were 100 families living at the site. When Midland County was organized in March 1885, Midland became the county seat. A new courthouse was built by January 1886; later that year Baptist and Methodist churches were established in the town, and Midland's first school was opened. Before long the town's newspaper, the Midland Gazette, was promoting Midland as "the Queen City of the South Plains." The First National Bank of Midland was chartered in 1890, and the city began to serve as a regional financial center. By 1890 it had become one of the most important cattle shipping centers in the state and had an estimated population of 600. The population rose to 1,000 by 1900. Midland continued to grow during the early twentieth century. A second bank was established in 1903, and in 1905 a new stone courthouse was built. At this time the city's residents obtained their water from wells with windmill pumps; virtually every house had a windmill in its yard, and Midland became known as "the Windmill Town." Local residents approved a charter to incorporate the city on July 16, 1906. Three major fires swept through the town between 1905 and 1909, however, and the last fire destroyed much of the its central business district. In response, the city's leaders pushed for a new water system and a fire department; both were in place by 1910, just in time to extinguish another fire downtown. The city's charter lapsed in 1910, but after an election, held in January 1911, the city was again incorporated. It was governed under an aldermanic system until 1940, when a council form of government was adopted. By 1914 Midland had a population of 2,500 and, in addition to the county courthouse and the two banks, the city had a cotton gin, three lumber yards, Baptist, Catholic, Methodist, and Presbyterian churches, and an opera house that could seat 300 patrons. In 1915 another railroad, the Midland and Northwestern line, was built into the city, linking it with Seminole. Extended droughts and a depressed agricultural economy caused hundreds of Midland County's residents to leave the area in the late 1910s, however, and Midland consequently declined. By 1920 the population was only 1,795; the Midland and Northwestern ceased operations in 1921. This decline was soon reversed, however, by the Permian Basin oil boom, which began in the 1920s. Thousands of investors and workers moved into the area and injected new life into the city of Midland; by 1929 thirty-six oil companies had offices in the city. Street lighting and paving improvements were under way by 1927, and impressive new structures like the twelve-story Hogan Building were soon constructed. In 1929 the county sold its old courthouse for one dollar, a move that was publicized in Ripley's "Believe It Or Not," and by the next year a new, four-story courthouse was in place. By 1930 there were 5,484 people living in Midland, and the town's boosters pointed with pride to the city's new airport and luxurious hotels like the 150-room Scharbauer.

Midland at a Glance

Midland is part of or belongs to the following places.

Adoption Status: ⭐
This place has been adopted and will not be available until June 28, 2023
Adopted by:
Edward The Who
Dedication Message:
In honor of The Asylum Hair Studio

Midland is classified as a Town

Photos of Midland and surrounding areas 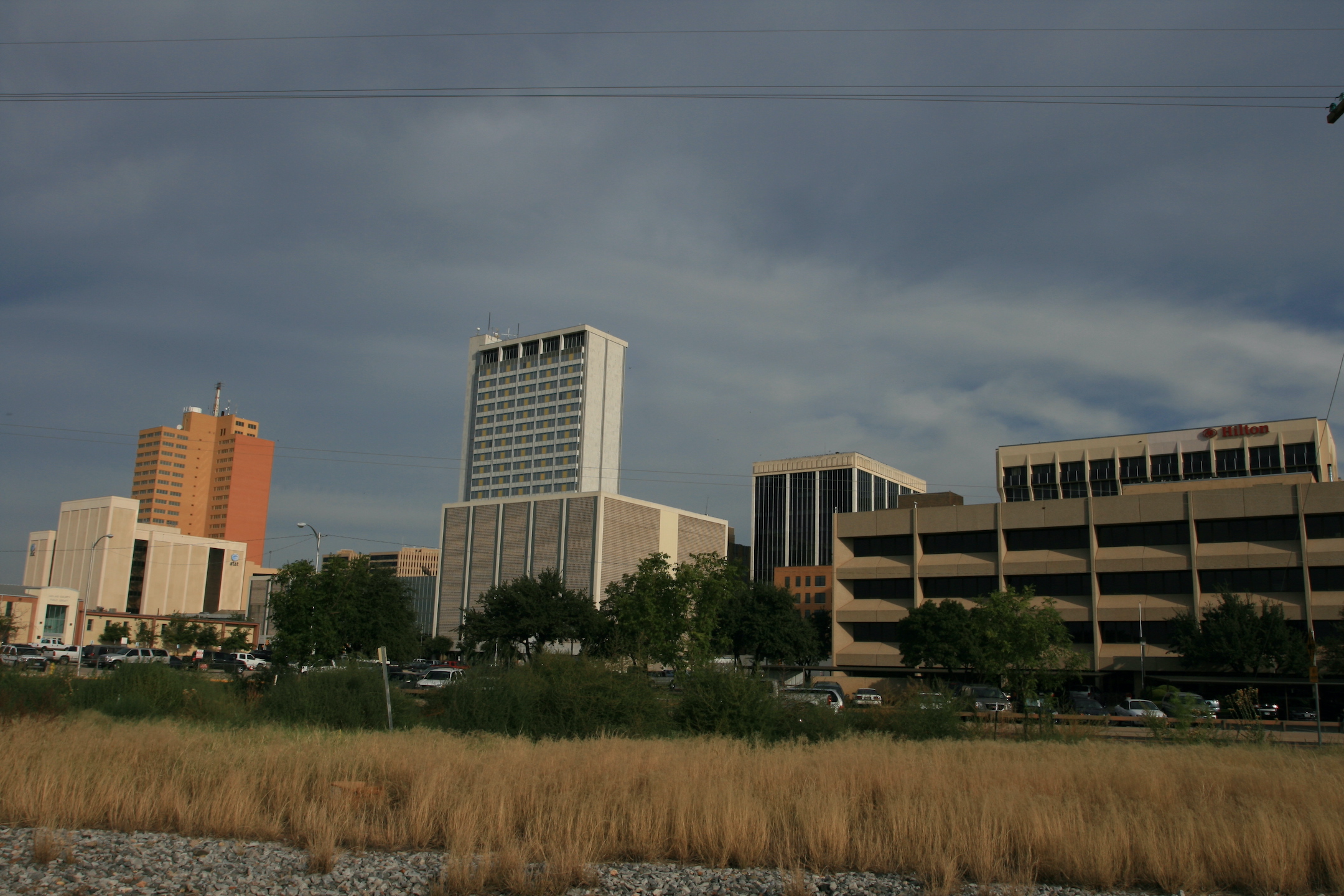 A view of the City of Midland's Skyline. Midland is the seat of Midland County, Texas. Photograph by Hellorawr.

Midland by the Numbers