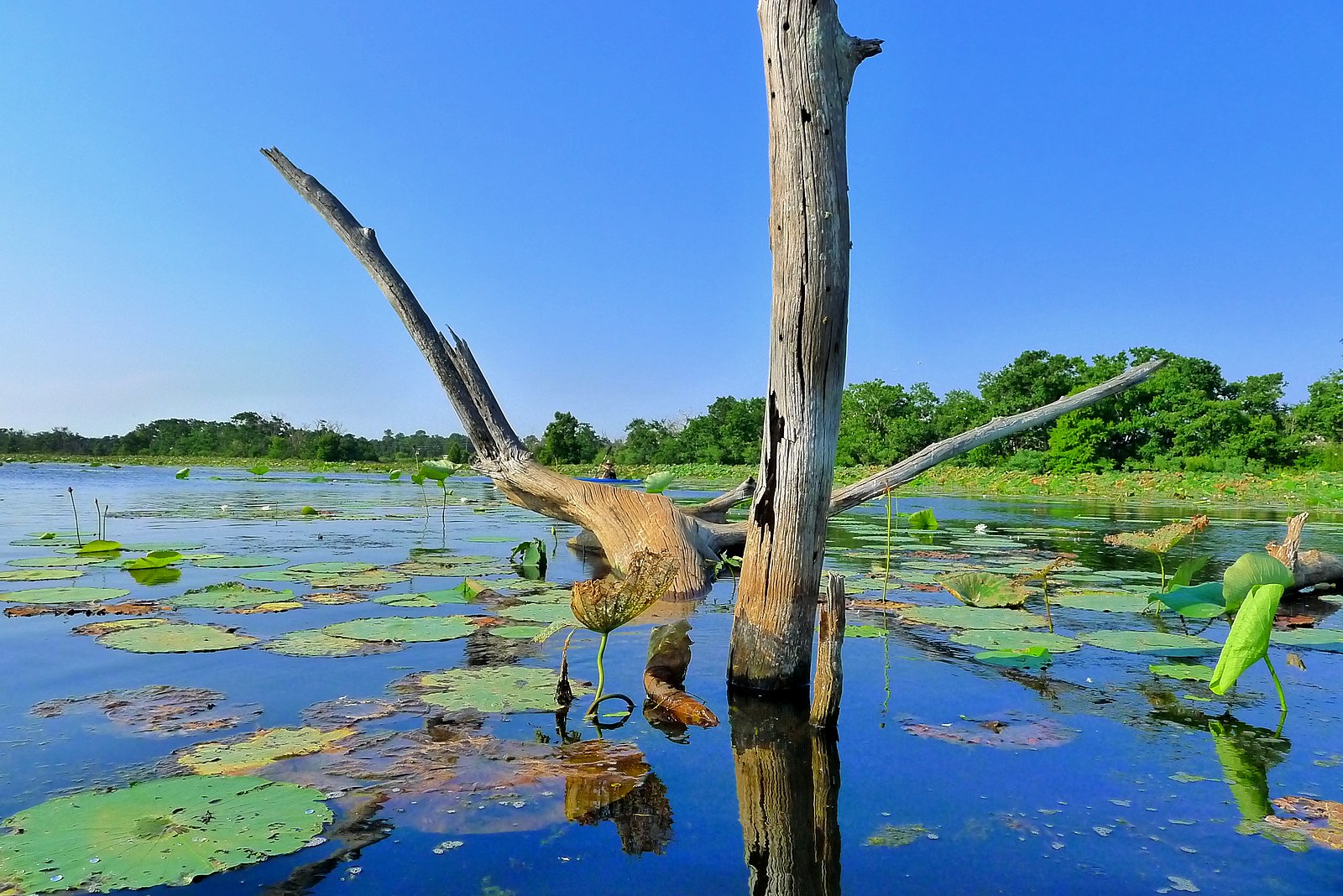 Sheldon Reservoir, at a site north of U.S. Highway 90, sixteen miles east of downtown Houston, and six miles upstream from Channelview in northeastern Harris County (at 25°51' N, 95°10' W), dams Carpenters Bayou in the San Jacinto River Basin. The reservoir, which is operated for municipal, domestic, industrial, and irrigation purposes, covers 1,200 acres, is almost three miles long and is more than a mile wide. It drains an area of 12,000 acres. The ten-foot-high earth embankment, Sheldon Dam, has a spillway crest elevation of 50.5 feet above mean sea level. The reservoir has a capacity of 5,354 acre-feet. The original dam, completed by the federal government in 1943, furnished water for war industries along the Houston Ship Channel. Water was pumped from a station on the San Jacinto River and stored in the reservoir for release as needed into a freshwater canal. After the war, the facility was declared surplus and was transferred to the City of Houston. The city sold water to ship-channel industries until 1953, when that supply was replaced by water from Lake Houston. In May 1952 the state parks agency (see TEXAS PARKS AND WILDLIFE DEPARTMENT) purchased the facility for a waterfowl refuge and public fishing site. By 1955 the parks agency had established a fish hatchery, and by 1957, with the help of the City of Houston, had rebuilt the dam. It also brought in alligators, raccoons, minks, otters, opossums, muskrats, rabbits, white-tailed deer, and nutria. Sheldon Wildlife Management Area, which surrounds the reservoir, was developed by the Texas Parks and Wildlife Department beginning in 1984, with funds allocated by the Sixty-seventh Texas Legislature.

Sheldon Reservoir at a Glance

Sheldon Reservoir is part of or belongs to the following places.

Sheldon Reservoir is classified as a Lake