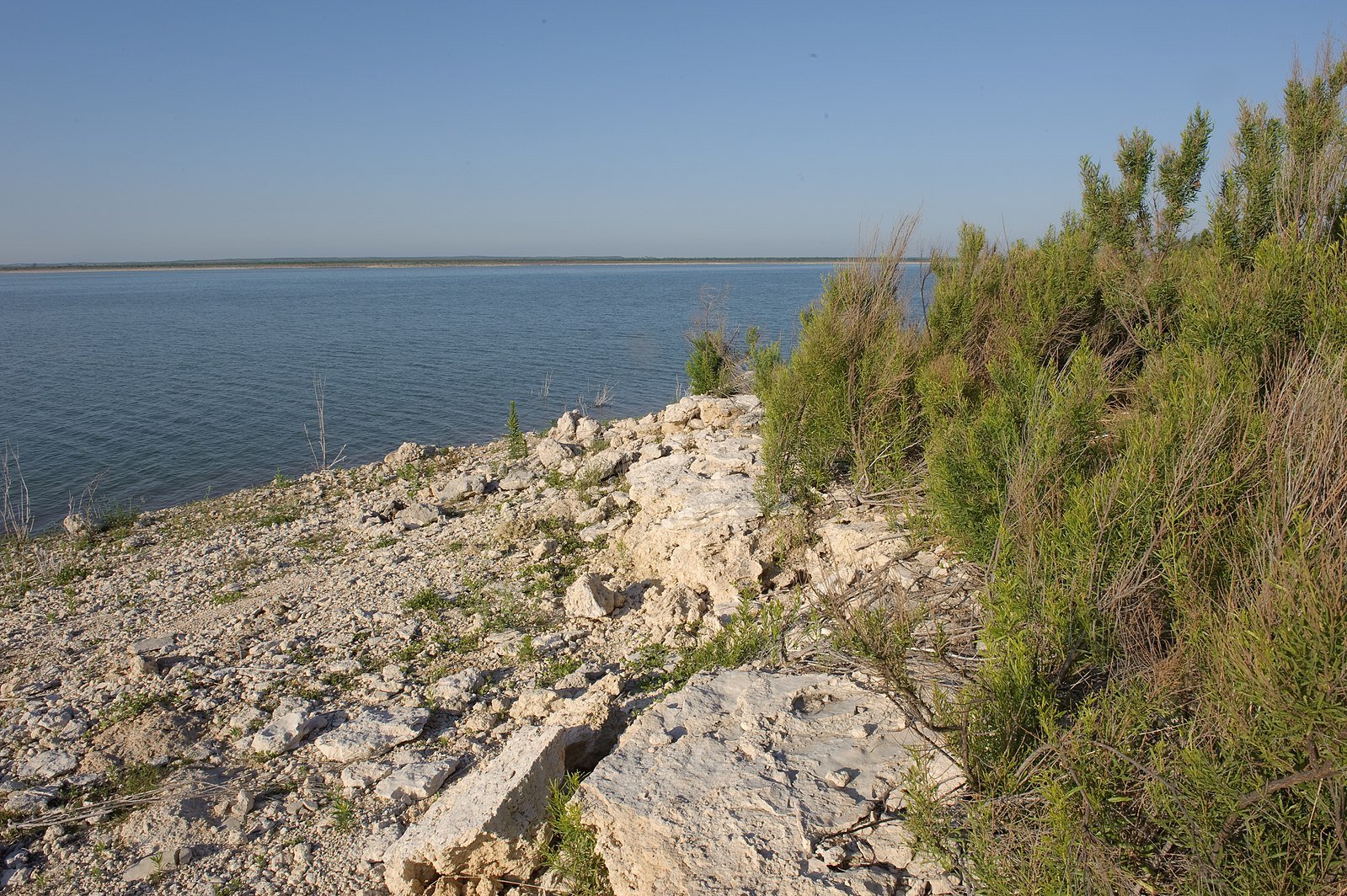 Twin Buttes Reservoir is on the Middle Concho River, Spring Creek, and the South Concho River in the Colorado river basin eight miles southwest of San Angelo in western Tom Green County (at 31°23' N, 100°32' W). It was formed by a rolled earthfill dam eight miles long and is used for flood control, conservation, irrigation, and recreation. The normal elevation of the reservoir is 1,940 feet above mean sea level, and the crest of the spillway is at 1,969 feet. The conservation storage capacity is 186,000 acre-feet, and the flood-control storage capacity is 640,000 acre-feet. The drainage area of the reservoir is 3,868 square miles, of which about 1,055 square miles is noncontributing. The project is owned by the United States government and operated by the United States Bureau of Reclamation. Construction began on May 3, 1960, and the dam was completed on February 13, 1963. The San Angelo Water Supply Corporation has a contract with the government for the use of 29,000 acre-feet per year to meet municipal water needs. The reservoir has made possible the irrigation of 10,000 acres of farmland east of the city of San Angelo.

Twin Buttes Reservoir at a Glance

Twin Buttes Reservoir is part of or belongs to the following places.

Twin Buttes Reservoir is classified as a Lake