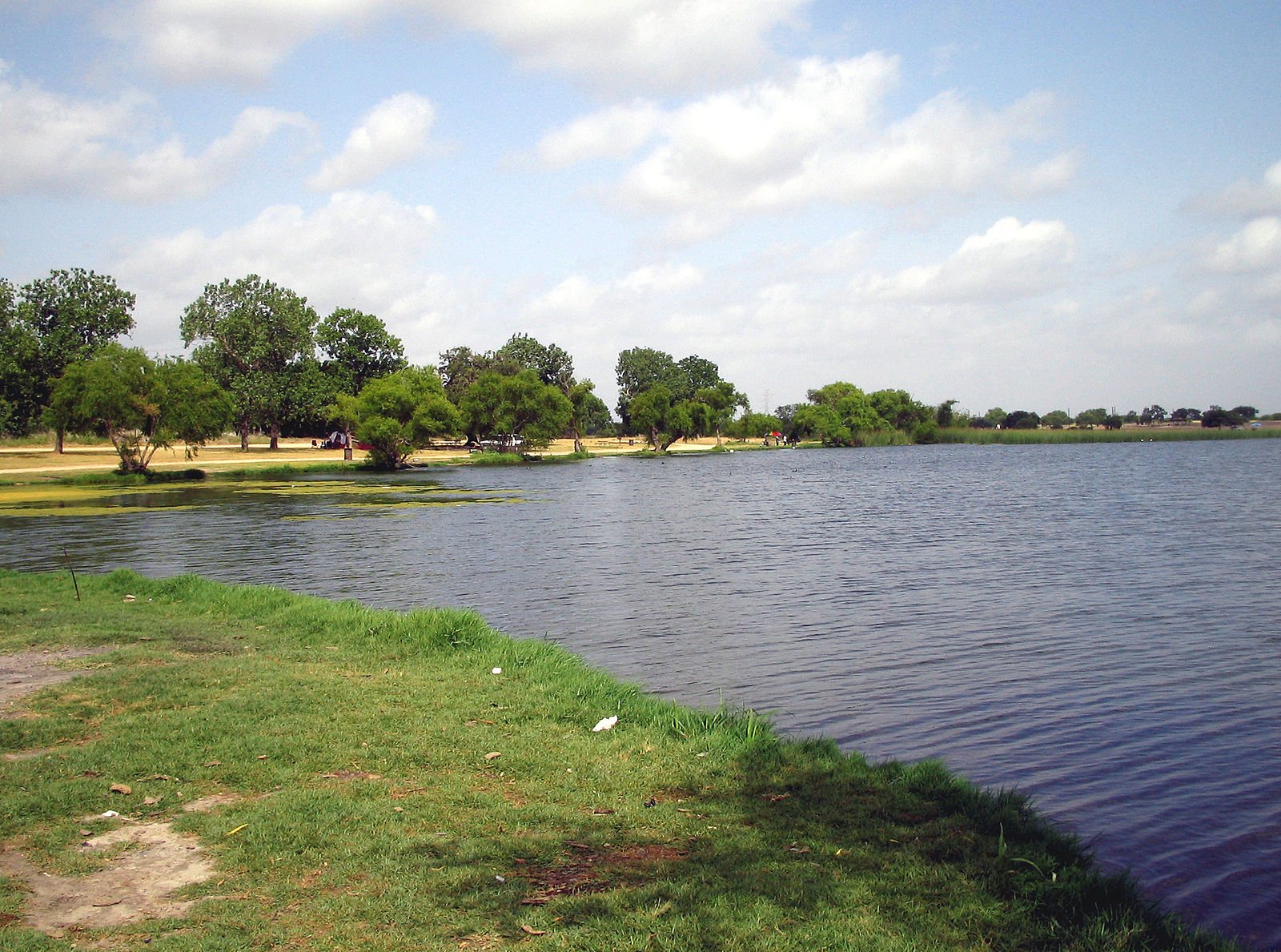 Victor Braunig Lake, formerly known as East Lake, is on the Arroyo Seco in the San Antonio River basin fifteen miles southeast of San Antonio in southeastern Bexar County (at 29° 14' N, 98° 22' W). The project is owned and operated by the city of San Antonio as a source for condenser-cooling water for a steam-electric generating plant. Construction began on June 6, 1961, and was completed in December 1962. The lake has a capacity of 26,500 acre-feet and a surface area of 1,350 acres at operating water elevation of 507 feet above mean sea level. The drainage area of the lake is nine square miles. The surrounding terrain is flat to gently rolling and is surfaced by clay loam soil that supports mesquite, cacti, and grasses.

Victor Braunig Lake at a Glance

Victor Braunig Lake is part of or belongs to the following places.

Victor Braunig Lake is classified as a Lake