Texas has many secondary streams of various sizes and rich biodiversity. Updated 1 year ago 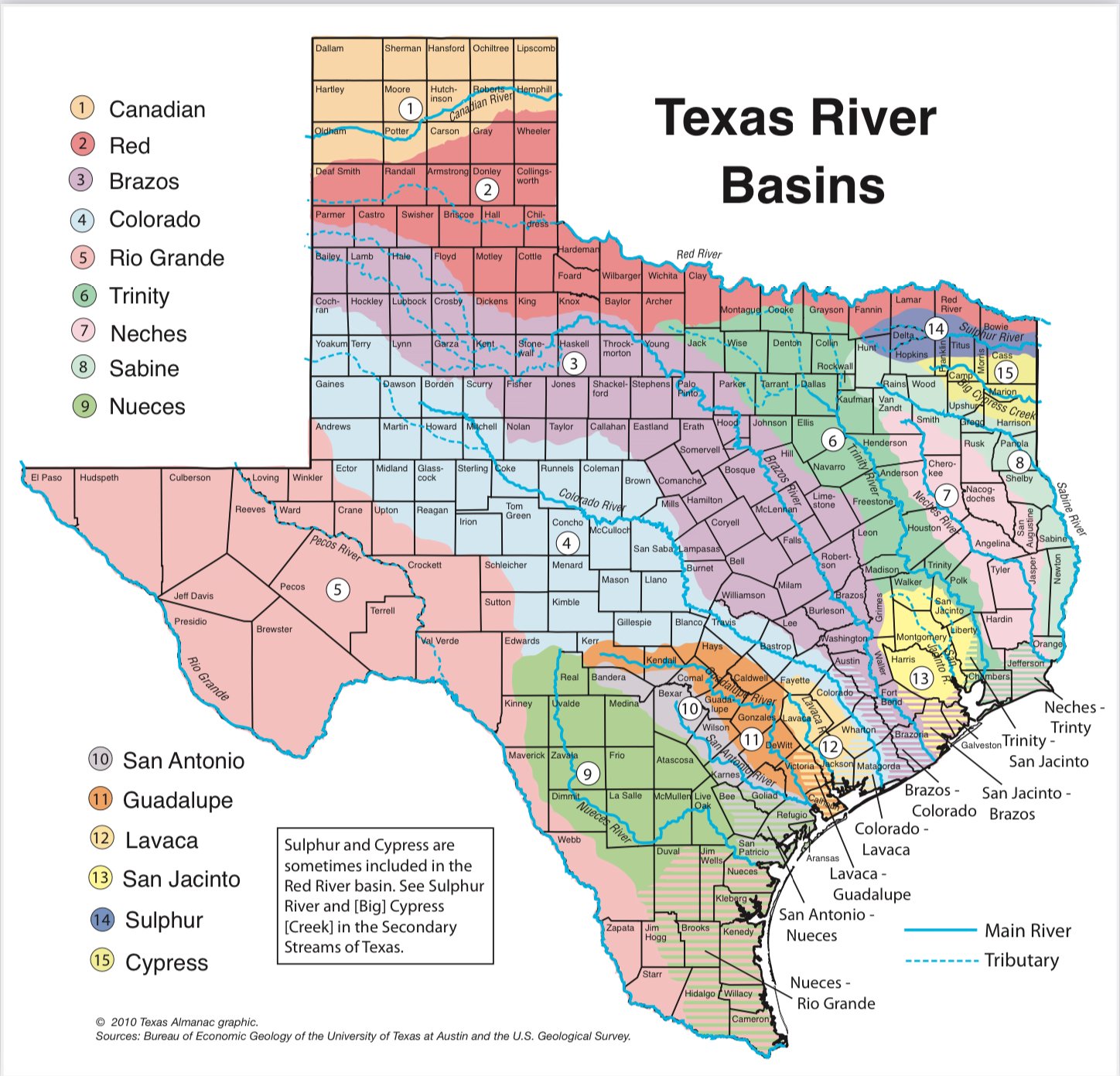 The basins into which the secondary streams flow.

In addition to the principal rivers, Texas has many other streams of various size. The following list gives a few of these streams as designated by the U.S. Geological Survey, with additional information from the new Handbook of Texas and previous Texas Almanacs.