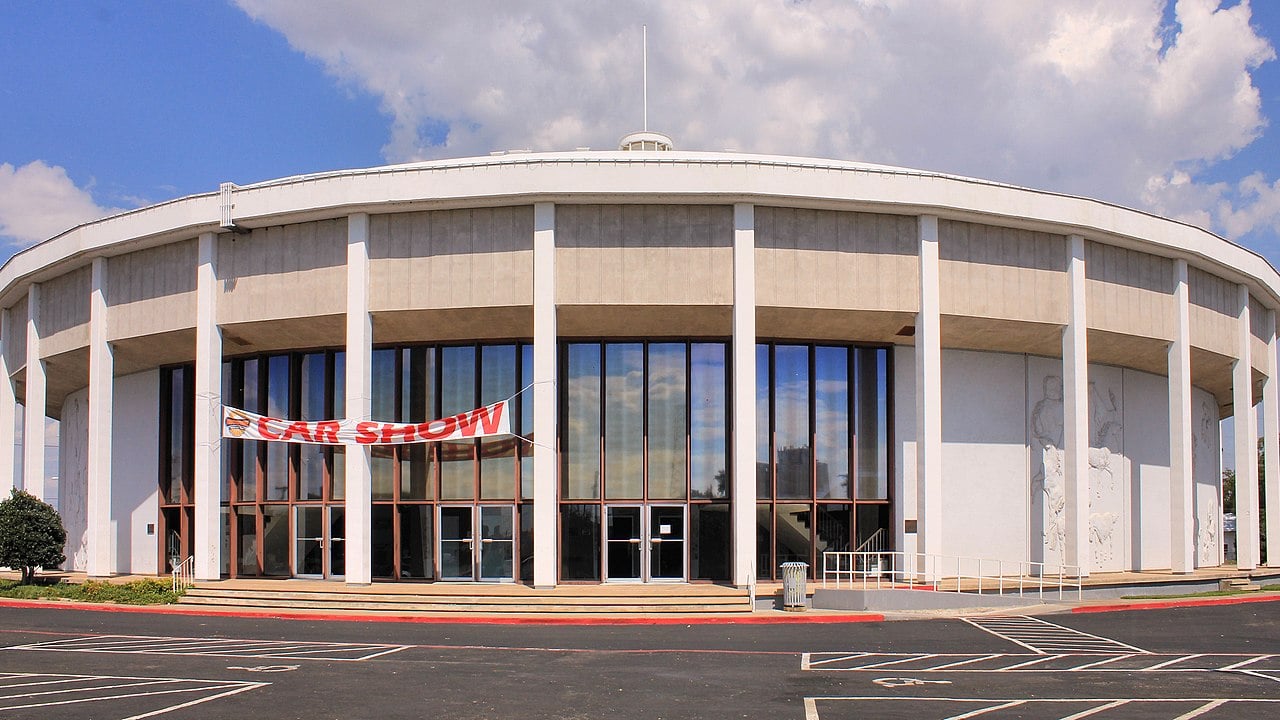 The Brownwood Coliseum is located in Brownwood, Texas. Photograph by Larry D. Moore.

Brownwood is on Pecan Bayou at the intersection of U.S. highways 67, 84, and 377, Farm Road 2524, and the Atchison, Topeka and Santa Fe Railway in south central Brown County. The city and the county are named for Henry Stevenson Brown. The area was settled by farmers and cattle ranchers like Welcome W. Chandler and J. H. Fowler. When the sparsely populated county was organized in 1857, the hamlet of Brownwood was chosen as county seat. A post office was opened in the town the following year. The town was originally located on the east side of Pecan Bayou, but in the late 1860s a land-title dispute and problems with an inadequate water supply induced the residents to move to a sixty-acre site on the west side of the bayou donated by Greenleaf Fisk. Brownwood Masonic Lodge was chartered in 1865. As late as 1872 Brownwood was a small community of two stores, a log courthouse, and about five dwellings. In 1873 John Y. Rankin purchased land around the business district and began to build homes in what became known as the Rankin Addition. In 1876, when the town had an estimated 120 inhabitants and Cumberland Presbyterian, Presbyterian, and Baptist churches, the first bank was opened and a schoolhouse was built that also served as a town hall and a church. Because Brownwood lay on a feeder line of the Western Trail, stores and saloons served the needs of the cowboys who drove the herds through town. A cotton gin was built in town in 1877 as the state of Texas began to offer the land to farmers.

Brownwood at a Glance

Brownwood is part of or belongs to the following places.

Brownwood is classified as a Town

Photos of Brownwood and surrounding areas

The Brownwood Coliseum is located in Brownwood, Texas. Photograph by Larry D. Moore.

Brownwood by the Numbers