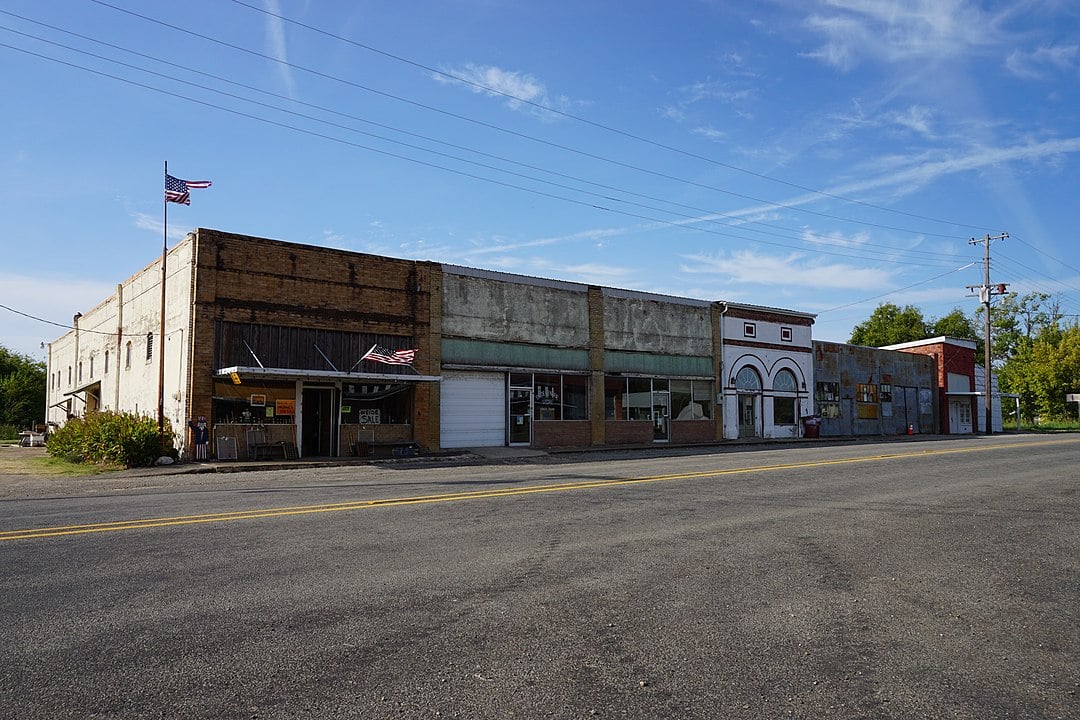 Enloe is an unincorporated community in Delta County, Texas. Photograph by Michael Barera.

Enloe is at the junction of Farm roads 2949 and 198, three miles north of Cooper in north central Delta County. It is bordered on the southwest by Brushy Creek. The area was settled by 1888, when local residents established a Baptist Church. The town, however, remained unorganized until 1897, when J. A. Enloe donated the land to build a train stop on the Texas-Midland Railroad. That same year Jerry P. High opened the first Enloe post office and reported a population of about 100. The settlement began to develop around the railroad; the church was moved closer to the tracks. Town leaders obtained a school building from nearby Liberty and established the Enloe school district, which quickly absorbed the Mount Hebron, or Hagged, school. Records for 1897 reported one school, two teachers, and 104 students.

Enloe at a Glance

Enloe is part of or belongs to the following places.

Enloe is classified as a Town

Photos of Enloe and surrounding areas

Enloe is an unincorporated community in Delta County, Texas. Photograph by Michael Barera.

Enloe by the Numbers