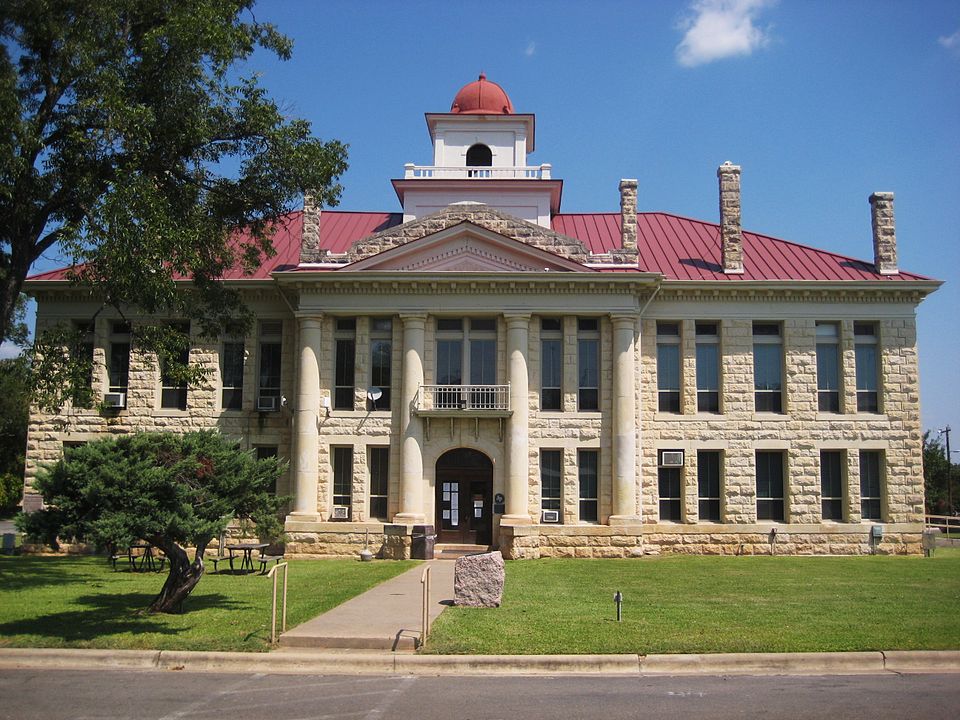 Johnson City, the county seat of Blanco County, is at the junction of U.S. highways 281 and 290, twelve miles north of Blanco in the central part of the county. Settlers living along the Pedernales River in the rugged central part of the county, among them one James Polk Johnson, for whom the town was later named, thought that the county seat at Blanco was not accessible, so in 1876 they called for an election to move the courthouse closer to the geographical center of the county. When this attempt failed, the citizens followed Johnson's lead and began publicizing the idea of establishing a new community. The site chosen was on land originally granted to James Fentress, which belonged to Johnson. A post office was established there in 1878, and soon afterwards town lots were offered for sale. In 1879 the people successfully petitioned for an election to choose a new county seat but were defeated. Meanwhile, the town continued to grow, especially boosted by the construction of Johnson's two-story office building and his hotel. He also donated lots for schools. In 1890 another county seat election, a hotly contested one, made Johnson City the county seat.

Johnson City at a Glance

Johnson City is part of or belongs to the following places.

Johnson City is classified as a Town

Johnson City by the Numbers