Texas natural resources are abundant and the rich biodiversity of the state thrives across its many geographic environment that include millions of acress of forestland. Updated 1 year ago 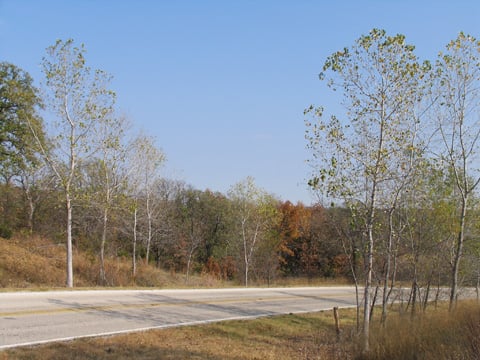 Trees in the Cross Timbers, here along FM 2953 in Montague County. Photo by Robert Plocheck.

In addition to the 12 million acres of timberland in East Texas, there are an additional 51 million acres of land in the remainder of Texas that are considered forestland.  These forests consist of mesquite woodlands, oak-hickory forests, juniper woodlands, and other western forest types.  These forests do not have the commercial timber value of the East Texas Piney Woods but are environmentally important with benefits of wildlife habitat, improved water quality, recreation, and aesthetics.

Following is a brief description of these areas.

• Eastern and Western Cross Timbers: The Eastern and Western Cross Timbers cover an area of about 3 million acres in North Central Texas. The term “cross timbers” originated with the early settlers who, in their travels from east to west, crossed alternating patches of oak forest and prairies and so affixed the name “cross timbers” to these forests.

• Cedar Brakes: Farther south in the Edwards Plateau region are the cedar brakes, which extend over 3.7 million acres. Cedar, live oak, and mesquite dominate these steep slopes and rolling hills. Mesquite is harvested for cooking wood, knick-knacks, and woodworking. Live oak in this region is declining because of the oak wilt disease.

• Mountain Forests: The mountain forests of the Trans-Pecos region, including Jeff Davis County and the Big Bend, are rugged and picturesque. Several western tree species, including piñon pine, ponderosa pine, southwestern white pine, and even Douglas fir are found there, along with aspen and several species of oak.

• Coastal Forests: The coastal forests of the southern Gulf Coast are characterized by a mix of brush and short, scrubby trees. Common species include mesquite, live oak, and acacia. Some of these scrub forests are particularly important as migratory bird habitat.