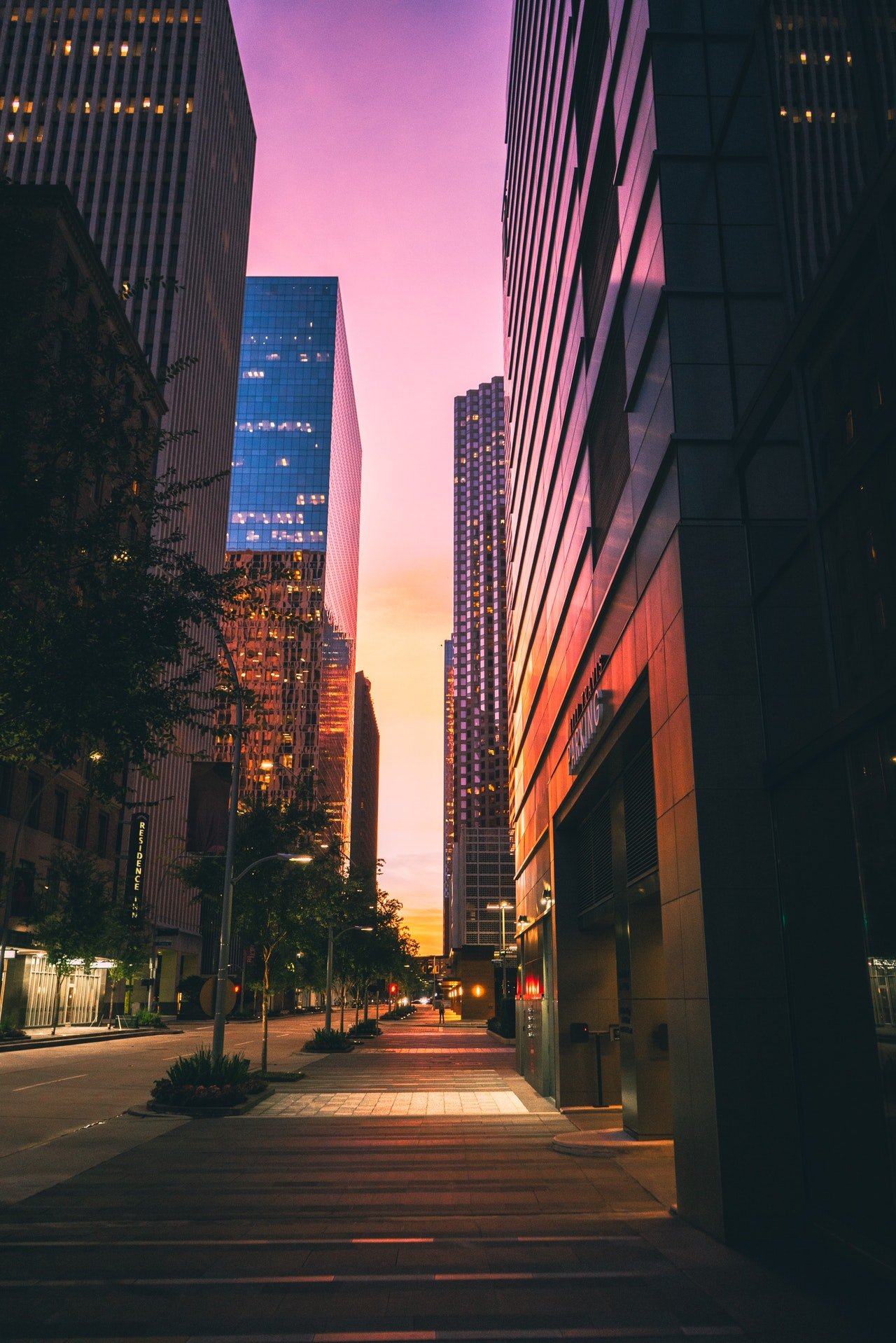 In 2015 Houston, covering 627 square miles, ranked as the fourth largest city in the United States with an estimated population of 2,296,224. The city passed Philadelphia in 1984 to take a position behind New York, Los Angeles, and Chicago. The 2015 population of the Houston-The Woodlands-Sugar Land Metropolitan Statistical Area (also known as Greater Houston), which encompassed Galveston, Fort Bend, Harris, Brazoria, Liberty, Waller, Montgomery, Chambers, and Austin counties, amounted to 6,656,947. This ranked it fifth in the nation and second in Texas to Dallas-Fort Worth. When first formed in 1949 the Houston Standard Metropolitan Statistical Area covered only Harris County and had a population of 806,701 people. More than 100 ethnic groups now shape the population of the city; the major components in 2015 were 26 percent non-Hispanic White, 25 percent Black, 43 percent Hispanic of any race, and 6 percent Asian. This spectacular growth developed as a result of the construction of transportation systems, the fortuitous nearby location of useful natural resources, and an entrepreneurial spirit.

Houston at a Glance

Houston is part of or belongs to the following places.

Adoption Status: ⭐
This place has been adopted and will not be available until May 29, 2025
Adopted by:
The Hughes Family

Houston is classified as a Town

Photos of Houston and surrounding areas

Houston by the Numbers